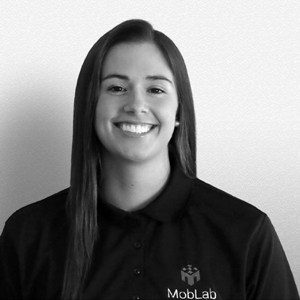 In this Conversations with Educators, we chat with Noah Bacine and hear some great student stories about using MobLab.

Q: First, please tell everyone a little bit about yourself and how you became interested in economics.

A: Sure, My name is Noah Bacine and I grew up in New York. I did my undergrad at Colgate University and have been a Ph D. student at Texas A&M for 4 years. I am just starting my teaching career (I have only taught 4 courses so far) but have really enjoyed the experience.

Figuring out how I got here is the million dollar question: Imagine Indiana Jones wondering how he ended up in another pit filled with snakes. There’s an answer, but it is convoluted and really comes down to that we love what we do; few individuals have the opportunity to be paid for generating new knowledge while getting the opportunity to share that knowledge with others.

In terms of why economics, I think it makes more sense for me to explain why experimental economics. I have always been fascinated by people, what motivates them, why we do different things in different circumstances, how emotion and intellect work together and also clash. This led me to my first great passion in psychology; but even as a child, I loved the indisputable honesty of math. There was no opinions in math, just facts. This was one of the difficulties I had with psychology in that many of their research methods depended on the honesty of their participants. In economics, we just depend on an individual’s desire for more money. This led me to experimental economics where I get to ask the questions I am interested in and also have the benefit of rigorous mathematical backing.

Q: At Texas A&M is there a graduate student teaching workshop or is learning how to be a good teacher trial by fire? (Follow up: What was the first class you taught and what did you find out about what it takes to be a good teacher? Was there a specific lesson that you took away to apply to future classes?)

A: There is a mandatory teaching preparation course offered by the department as well as some other resources for training offered through the university. These courses offer some insight into teaching, but I truly believe that the only way to learn about teaching is to actually do it.

The first course I taught was a 200+ person section of Principles of Economics. The experience was daunting, I was a 23 year old teaching over 200 students (some of which were older and one who had at least two decades on me) so to say I was nervous would be an understatement. I remember running to the bathroom before class on the first day to wipe the sweat from my brow; students are like sharks, they can smell fear. In reality, it was my first experience talking to that large of an audience, using a microphone etc. which is the making of nightmares for some….

Some lessons I learned from this experience:

Q: You have been using MobLab for your experimental economics class. Is this your first time running in-class experiments? (If no: What were you using before and how does MobLab compare?)

A: Nope. I ran in-class experiments as part of my summer course as well as a few in the first course I taught, principles of economics. I have used a combination of Moblab, Veconlab, and paper/pen to run in class experiments. I would say that they each have their benefits and costs. Paper and pen is definitely the most flexible, but it also the most difficult to analyze after the experiments. Veconlab is probably closest to simulating a real lab experience, but has its own downsides with students logging in and lack of timers to encourage decision making in a speedy manner.

MobLab was definitely the most popular among my students, it has a nice visual interface and is quite accessible. I would say one of the more interesting aspects of MobLab is that students viewed it more as a game than an experiment so as a result tended to act more competitively than when we are in the lab. I am not sure if this is better in terms of their learning, but led to more active participation. In the future, I want to systematically test if students react differently to phone as opposed to other methods of experimentation and if so, why?

Q: How has the experience with MobLab been from your perspective? What have student reactions been?

A: MobLab has been a convenient alternative for me. One of the issues I had with my experimental economics class is that I had 43 students and 36 computers in the lab. This made using MobLab much easier as every student had at least one device which they could use MobLab for. Students seemed to enjoy using MobLab than the other experimental methods, but it also created a challenge for me in not having students communicate (much easier when they are separated by dividers in the computer lab). Overall, I would say that MobLab offers a unique environment for experimentation that has pros and cons just like the other options. It really embodies the “game” element of economic experimentation which is effective in increasing participation when real stakes are unavailable.

Q: Do you have a favorite MobLab game to play with students?

A: My personal favorite is bubble experiments. Although they are difficult to explain in terms of mathematics, it helps students understand how bubbles form. Specifically, it is always effective at teaching that bubbles are unique to traders. In many ways, it reminds me of some of the more interesting experimental findings (stereotype threat, crowding out intrinsic motivation, hyperbolic discounting, time inconsistency, etc.) that are counterintuitive for individuals who have not experienced the effects firsthand.

Students seemed to really enjoy the bomb risk elicitation task. In general, students seem to like games of chance when there are no stakes involved.

Q: At the Southern Economic Association conference you had some pretty funny stories to tell about students using MobLab. Can you share at least one of those stories with us?

A: I’d be happy to share some of my more humorous MobLab stories.

Driving Me Crazy: So my first story can be viewed as a tale of caution about some of the benefits of using MobLab. One of the strongest benefits is that the students do not have to be in the same room together. What I mean by this is that as we are moving towards more and more online courses, MobLab can provide a way to create interaction with students even when students are not in a classroom together. My cautionary anecdote about this is that I had a student this semester who was very upset that she would be missing a participation point for missing a class where we would be doing an in-class experiment (of note, this could at most only be a tenth of a point on the final grade). But I told her that because we were using MobLab that as long as she logged in during class time, she could still receive her participation points. On the day of, I see her name on the list of students participating in the experiment and decide I should email her to let her know so that she doesn’t have to worry if she is actually receiving credit etc. She responds to my email by saying she is happy to hear that her results are being recorded because it is tough to check while she is driving…. Yup, she was trying to participate in my in-class experiment while driving. I leave it to you guys to ponder the many valuable questions surrounding this choice. I did learn that in the future I need to express clearly that is not appropriate to participate in an experiment while driving. However, it did lead to some very interesting data.

A Game Inside of a Game: One of the constant difficulties with doing in-class experiments is that stakes are hypothetical and thus student’s desire to act rationally track pretty strongly against their intrinsic or competitive motivations. Other students view these experiments as a way to create another experiment. For example, in my class this semester when we played the ultimatum game, there was a lot of unusual behavior. A student randomly standing up, or clapping, or doing an aggie whoop (it almost reminded me of scenes from Billy Madison). When I looked at the data after class, the reason for all of these behaviors became clear. Students were creating ultimatums on behavior outside of the game: They were offering the entire theoretical pie in exchange for the student doing some embarrassing act in front of the class. I actually think this may have been better in terms of learning about how negotiation can change the outcome of games.

Tit-for-Tat?: For those who have some amount of expertise in this field, you will know that the title of this story refers to a strategy in two-player games in which cooperation is sustained through alternating sacrifices and gains (common in battle fo the sexes, hawk/dove, variations of prisoner’s dilemma etc.). One place where this strategy is rarely seen is the ultimatum game, the game where a proposer decides a split for a pie of let’s say $10 and the responder gets to decide whether to accept the split or to reject it leaving both players with nothing. When asked what the “fair” thing to do is, most students can recognize that 5-5 is the most obvious fair point. However, when fixed matching and repetition is introduced, one can imagine a “fair” outcome arising out of one student taking the whole pie followed by the other student and so on. The primary reason we don’t see this in the game is it is much harder to support this type of cooperation compared to the 5-5 split. Ironically, when I turn chat on somehow my students painstakingly argue for the tit-for-tat strategy as opposed to constant splits. Why they opted for a much harder cooperative environment, I will never know.

Q: What has been the easiest/hardest part about using MobLab in class?

A: The easiest part has been actually running it. It is flexible in terms of sign-ups in the sense that I do not have to create multiple experiments to account for the possibility of absences. It is also nice being able to monitor student’s progress and groups who are moving slowly. I would say the biggest difficulties were actually getting all of my students to sign up and that there were times I would have to add parameters to get the MobLab game to match the treatment I actually wanted to perform.

Q: What advice would you give a new instructor who wants to use games in their classroom?

A: I think MobLab is a really nice tool for getting students involved. I think that instructors who are interested in using it should familiarize themselves with it with a MobLab rep before they bring it to a classroom. But more than anything, be prepared for the unexpected, as you really never know how a subject will behave in any sort of experiment.

Would you like to learn more about our online economics games? Get in touch with our team. Click here to schedule a one-on-one demo meeting.